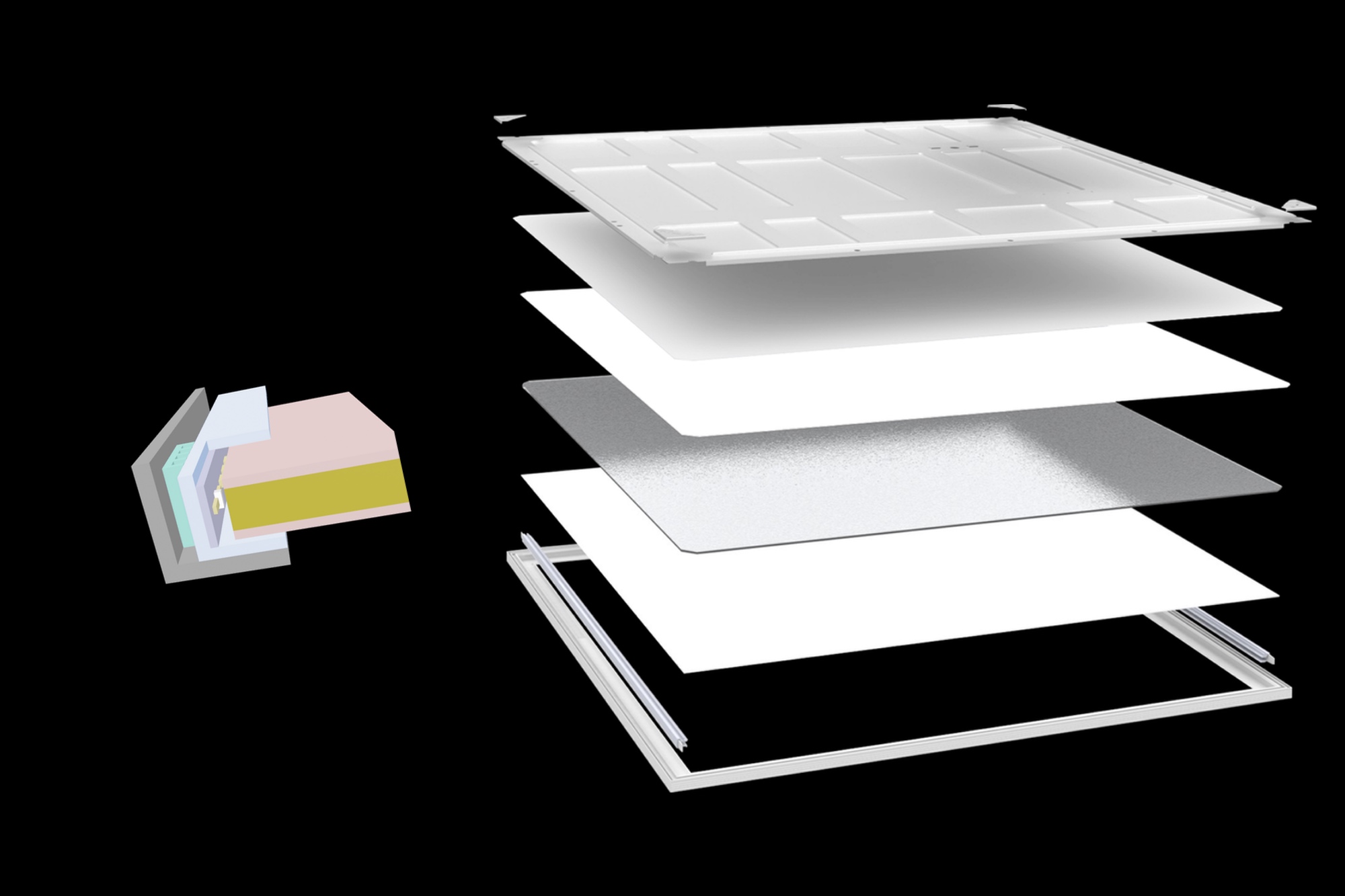 LED Panel sales have reached tremendous heights in the past 10 years and they were indeed a great alternative for fluorescent tubes. But despite the promises that they would last 30,000 or 50,000 hours which equals 3-6 years of non-stop operation many projects were not even close to this time frame and experienced various problems.

While the LED efficacy and the electronics have improved over the years and lasted much longer, the majority of manufacturers did not pay much attention to the minor details that can make a product work so much longer and would cover most of the known issues.

This article will show you examples of what can go wrong and how we have used customers experience and created a totally improved product that will last as long as you would expect it to.

It is very common that LED Panels experience a lot of mechanical stress when they leave production until they have reached their final destination on the ceiling or wall of the project. The weakest spot of course is the frame and it is very likely that you experience damages on the corners. Our ARCPROLED Panel 5K, is using double sided robot welding to reach a seamless surface that will not crack.

Water ripple effect, leaking light and the impact of insects

Another phenomenon you will see after some time is that a nice even surface suddenly turns into an uneven surface with shadows while the panel is still working fine. We call this the water ripple effect and it simply can be caused by gravity when the LED Panel starts to settle in or the ceiling experiences minor movement that can always happen after some time.
Our ARCPROLED Panel 5K uses a reinforced back panel with folded edges that will prevent this effect as well it resolves the issue of leaking light and protects the panel from insects getting attracted by it.

We are sure you expect your LED Panel to keep the same light at all times without surprises!

We have visited many project sites in the past and a common complaint always was that the edges of the LED Panel have transformed to a very eye disturbing object. The light at the edges turned into blue or yellow or LED Panels got very bright on the edges while they lost light output or simply developed dark spots.
If you consider the mechanical stress we mentioned above, LED Panels usually also experience a lot of different temperatures making the light guide and other materials expand or compress which simply pushes the LEDs out of their original position.
Depending on the new but wrong LED position, there will be different optical effects. In the worst case scenario the pressure of the light guide on the LED PCB may cause mechanical damage to the phosphor layer or the gold wires and a complete segment could turn dark.

For the ARCPROLED Panel 5K, we are using a silicone buffer as protection. We are also installing the LED PCBs in a U-shape aluminium rail that keeps the LEDs cool and protected while it also secures a perfect position for maximum and even light output.

Commercial LightingLED Panels
We use technical cookies and third party cookies to improve our services. By continuing to browse, you agree to the use of cookies. For further information or to find out how to change your settings and block cookies, please review our privacy policy.OKRead more